Help for families in need 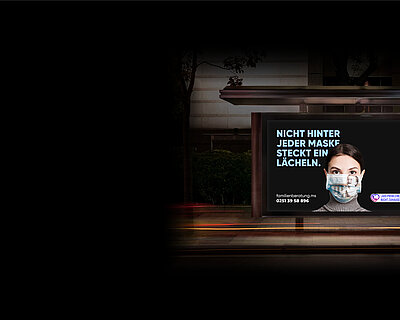 The pandemic has been an extreme challenge on many families. Home office, childcare, existential fears. In Münster multiple leaders gathered to start a nation-wide unprecedented project – with experts and a telephone hotline, that can help every family member: Mothers, fathers, children, teenagers and grandparents. 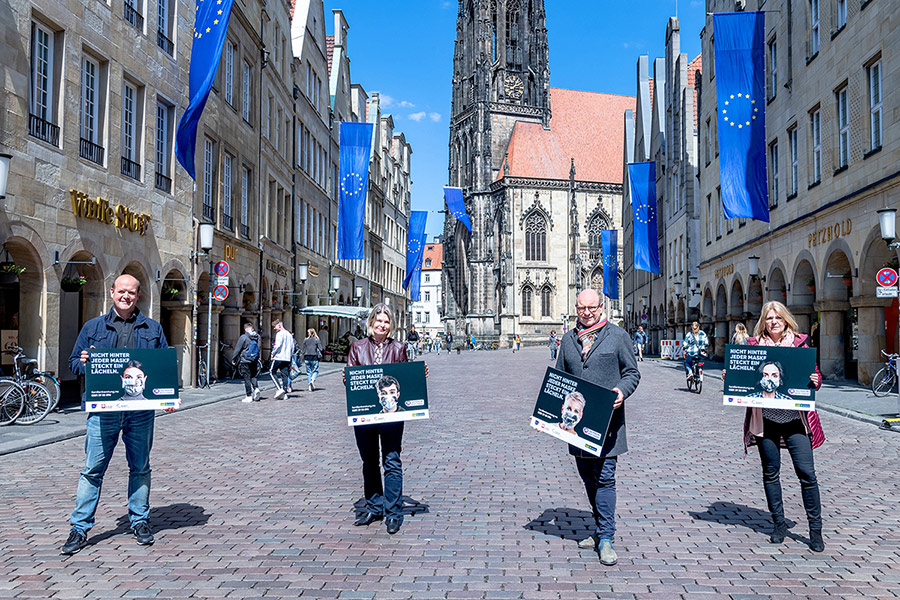 In only five working days husare got a campaign up and running for the Familienberatung.ms. A campaign that gathered tremendous attention, because of a clear message: Not everyone wears a smile behind their masks.

What really perturbs (or bothers) family members on the inside, has so far often been hidden behind a masquerade. It is not always a smile, especially in difficult times like these.

For multiple weeks the billboards of Münster and the web were occupied by our campaign. It featured the claim of the campaign and people who are wearing face masks, which all depicted different conflict scenarios that can arise within a family. A self-designed face mask was obviously part of the campaign as well.

Unique: This is the first time that the "Diakonie", "Caritas Münster" and a Münster-based counseling center work together interdenominationally. The city of Münster supports the campaign as a sponsor.

The teaser of the campaign deliberately tried to shine a light on the visible and invisible impact of the pandemic on family members. The used motifs were meant to open the eyes of outsiders, just as much as the ones of the people affected. 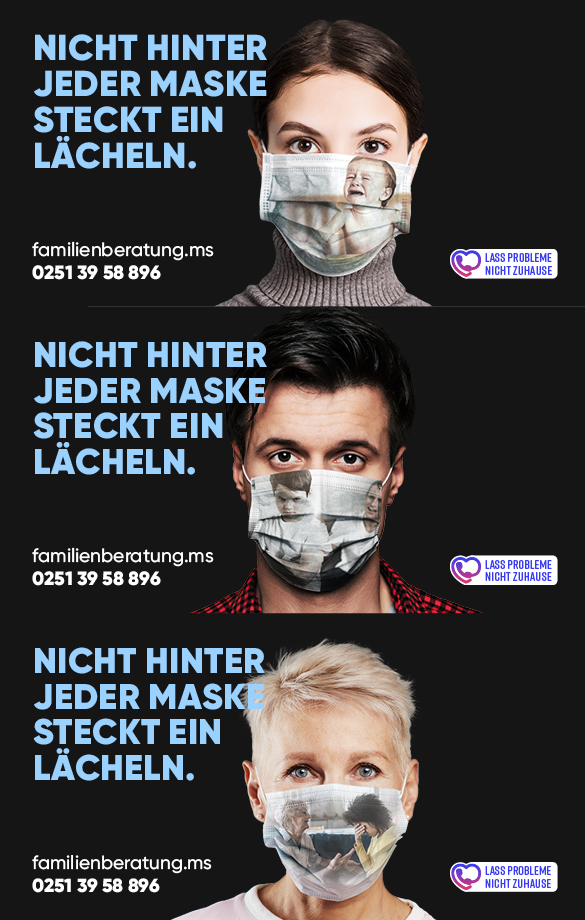 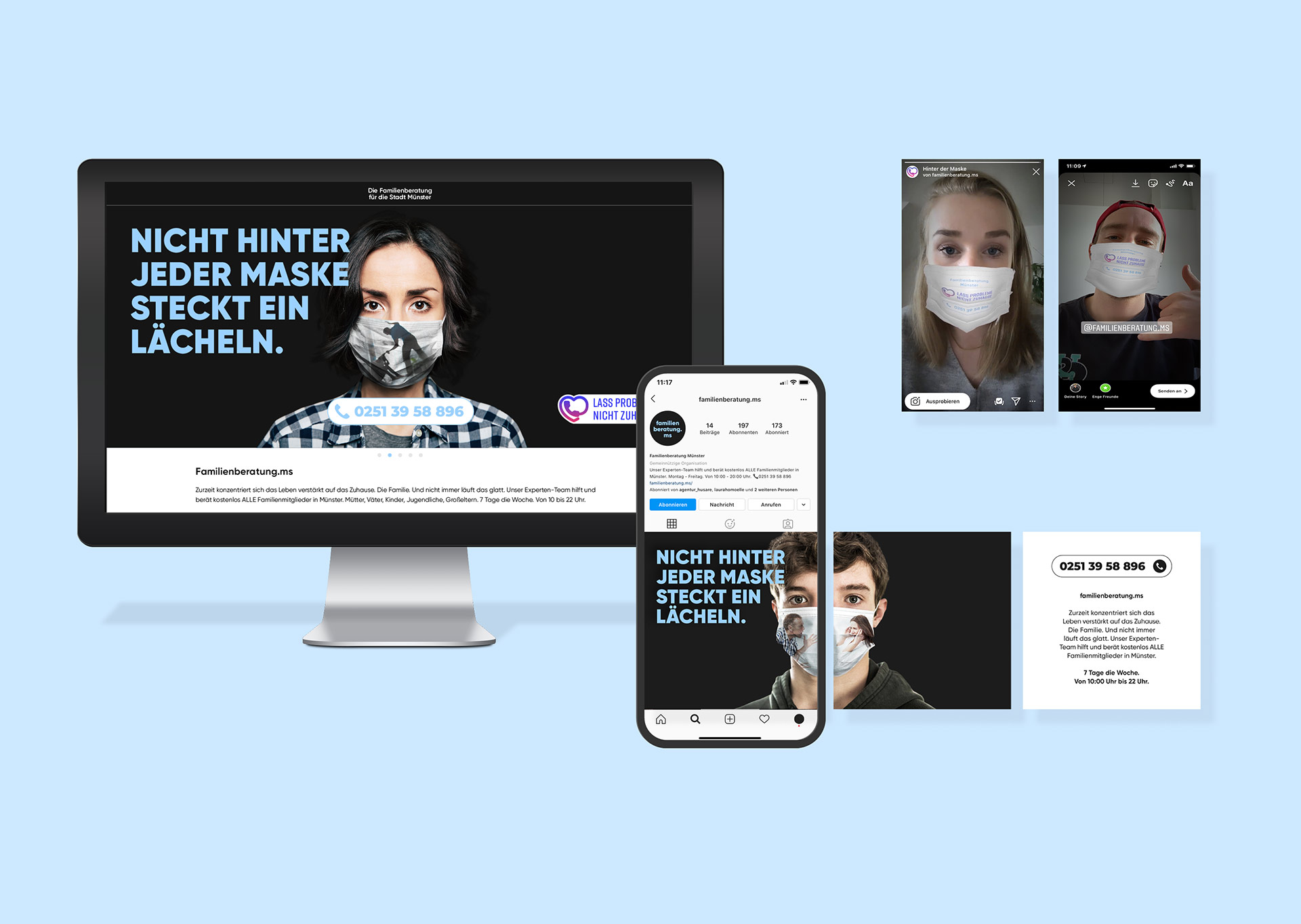 The campaign got a lot of attention and led to vivid discussions in the college town. Hundreds of thousands of people were reached via Social Media Content and Ads. The familienberatung.ms was already able to offer advice and support in many situations. 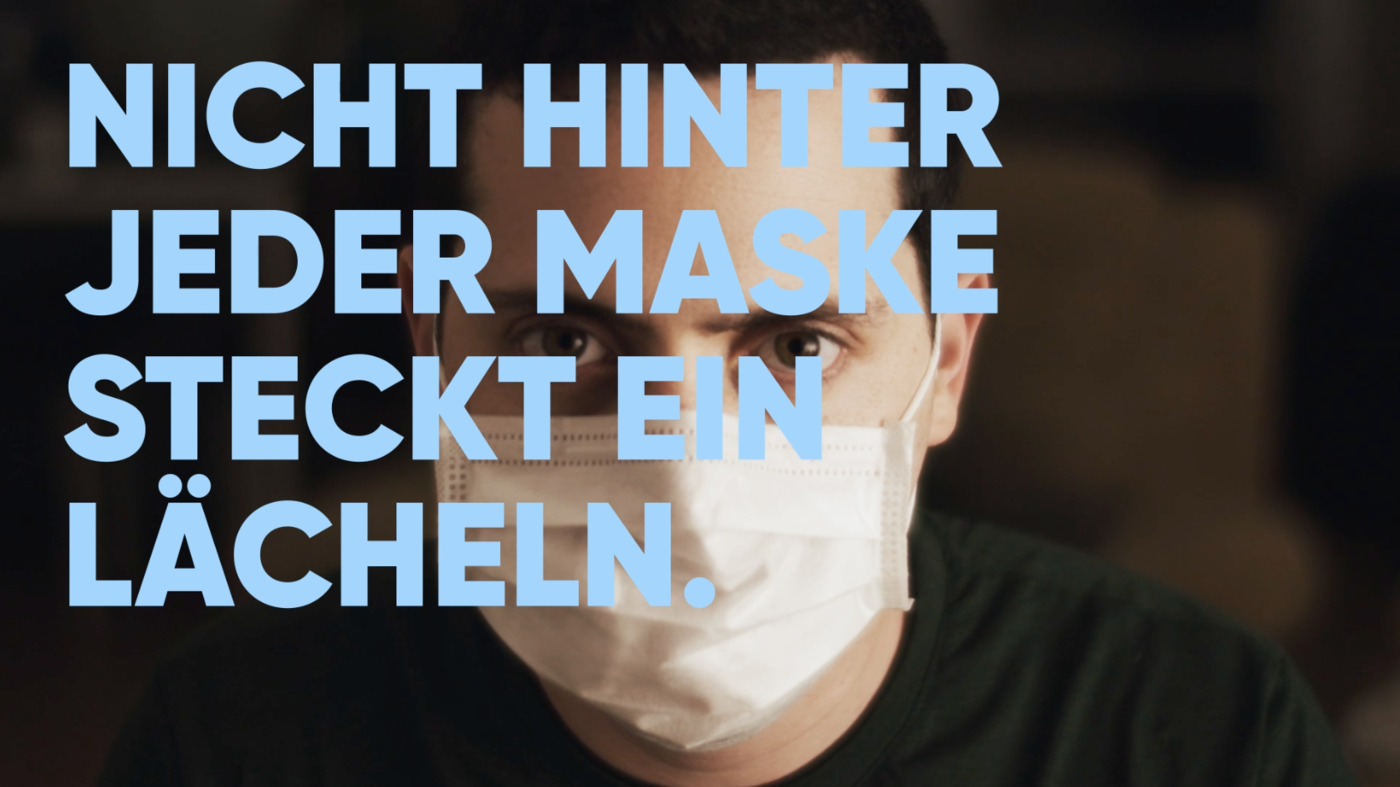 You also want to quickly realize a campaign that touches and involves people? Mark Bourichter is looking forward to your approach. 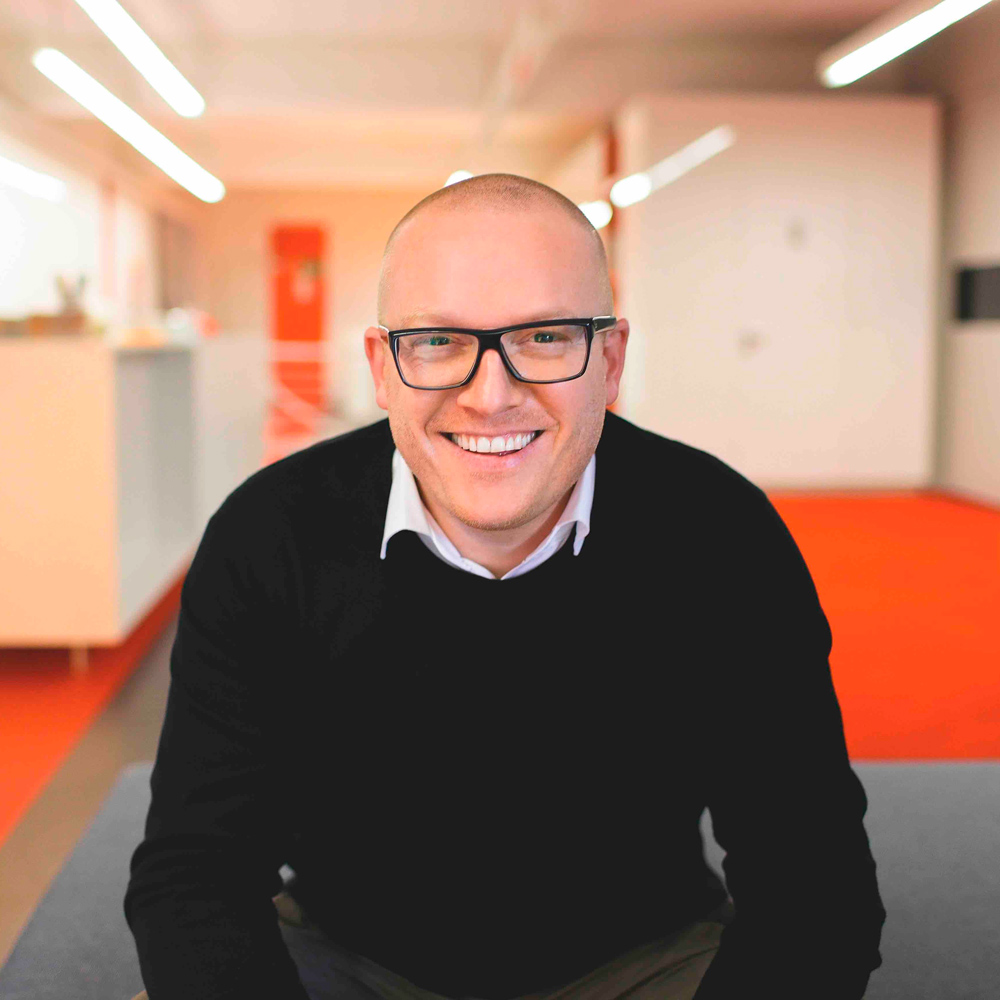